Let's finish the month of July with a one last tribute to Liberty Square. Honestly, each time I walk through this area of the park, my appreciation of it increases. 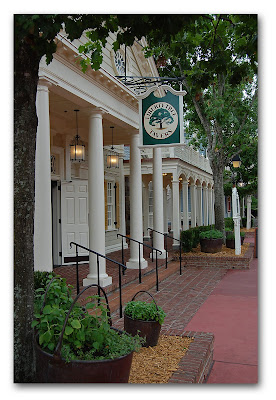 ... spend a good part of my day in Epcot going through each exhibit / attraction in Innoventions. Every now and then I'll stop and look at something (I especially liked the home theater exhibit in there some years back), but more than likely I am using it as an air-conditioned shortcut. And this is not always a good thing. I know there are things in there that I would find extremely interesting; if only I had the time. If I lived in Central Florida, I'd have the time.
While we're at it, I miss Communicore.
Posted by Greg 1 comment:

Email ThisBlogThis!Share to TwitterShare to FacebookShare to Pinterest
Labels: Epcot, if i lived

I have said it on a few occasions, "There are two kinds of people in the world; those who love Stacey, and those who don't." I happen to fall into the group that loves Stacey. She wakes me up in the morning and she keeps me company anytime during that day that I find myself in my resort room. That is often, but while I am there, she is enlightening me with "Must Do Disney".
If you're a fan, take a break and read Bill Burke's interview with Stacey J. Aswad in the Boston Herald.
More to follow...
Posted by Greg 4 comments:

Wow! A busy summer has meant getting behind in some things. Keeping up with "Where In The World" was one of those things. Looking back at the archives, it was 05.31.10 when I last posted a photograph and asked you to determine where in the world the photograph was taken. The first person to write in putting the picture in the ballpark was our friend Ryan Wilson of the Main Street Gazette. He opined, "Ah, New York, New York." Which is correct. The photograph is of a window display along New York Street in Disney's Hollywood Studios. I do have to give an honorable mention to AJ of the Disney Food Blog. She takes it a step further by adding, "Why, that's right over near the Writer's Stop in the Streets of America New York section! A nice little offering of plastic food and mid-century charm at the soda shop." And that is right!
I love New York Street for the photo opportunities it provides; the windows are rich. During my last trip I also found some out-of-the-way touches that the Imagineers are famous for and that make the parks a treasure to be explored.
Now, let's look at something else. Where in the World would you find this? A hint: it is part of a larger photograph.

Email ThisBlogThis!Share to TwitterShare to FacebookShare to Pinterest
Labels: Disney's Hollywood Studios, Where In The World 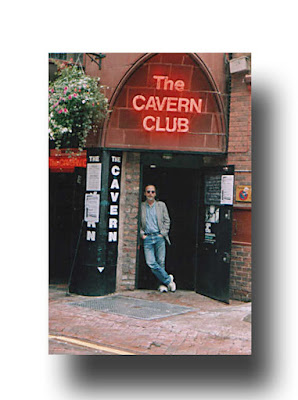 As a general rule, I normally do not post photographs of my self. There have been the occasional, true. And, it is quite possible there may be more as this blog continues to progress and evolve.
This morning I include a photograph of a somewhat younger me standing in the doorway of The Cavern Club. My wife and I used to live in England, in the Warwickshire actually, and would, from time to time, visit other parts of the country. Most likely we'd be down in London or go to the West Country. But one weekend we made it to Liverpool and I had a chance to have something of a Beatles pilgrimage. Nice weekend!
And why did I decide today was the day to post the photograph? Sir Paul McCartney is playing in Nashville tomorrow evening. Call it an homage. I saw Paul at the Hard Rock Las Vegas last year and have a ton of great memories from the concert, so I'll be passing on the show tomorrow (though if someone calls and offers me a free ticket, I'm there). Concert dollars have to be spent wisely these days, and as wonderful, and as magical as a Paul McCartney concert can be for an old Beatles fan, I am preparing for another "bucket list" concert; Roger Waters The Wall Tour! My son and I will be seeing that show in St. Louis.
Then, as now, life is good!
Posted by Greg No comments:

Email ThisBlogThis!Share to TwitterShare to FacebookShare to Pinterest
Labels: And Other Things, Something On A Sunday Home of delicious jams and jellies.
Quick! What movie can you hear that line in and in what context?
Posted by Greg 1 comment: 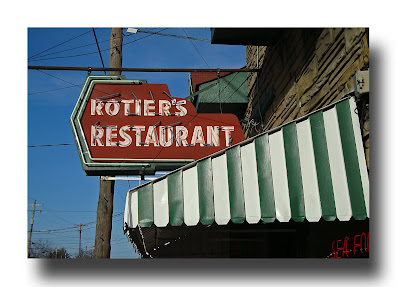 Rotier's Restaurant 03.05.10
Part of the urban legend of Nashville, at least something I heard once, was that Rotier's is the home of the "Cheeseburger in Paradise". Now obviously this is a fact that I can't verify. I suppose the only person who really knows is the gentleman who wrote the song.
But, let's consider a few facts. Jimmy Buffett once lived and worked in Nashville. He moved here to begin his music career. He wrote a song entitled "West Nashville Grand Ballroom Gown", which indirectly references one of Nashville's oldest and grandest country clubs and society venues. Some of his mid-Eighties albums were recorded in Nashville and for a time the Coral Reefer Band was staffed with studio musicians (the best of the best) from here. Rotier's is just down the street from the Exit/In, one of Nashville's premier music venues. Once you could walk down the street on Elliston Place, home of the club and the restaurant, and maybe you'd see a young Dan Fogelberg busking on the curb just outside the club. Inside, Jimmy Buffett was playing.
So, is Rotier's the home of the "Cheeseburger in Paradise"? Probably not. But, it could be. And it makes for a good story to tell while you're waiting for a table with out-of-town family or friends.
Posted by Greg No comments:

Email ThisBlogThis!Share to TwitterShare to FacebookShare to Pinterest
Labels: Something On A Sunday 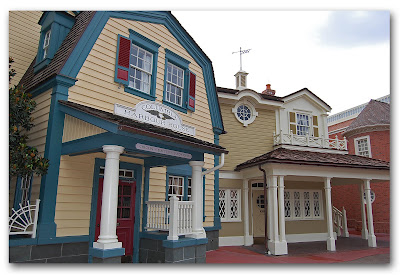 Columbia Harbour House
When asked what is my favorite place to eat in the Magic Kingdom, my thoughts go first to Pecos Bill's and the Deluxe 1/3 Pound Angus Cheeseburger. In fact, on my list of places to eat in the Magic Kingdom, the Harbour House would be down the list somewhat. This is not the case with a lot of people though, and that is fine. The Harbour House does have a nice menu and is a favorite of many.
What distinguishes the Columbia Harbour House for me however is the memory associated with it. On 04.20.08 I met a few people in front of the restaurant for the first time, and these people have gone on to become some of my best friends. In fact, just a few weeks ago, one of these friends and I were taking the "Keys to the Kingdom" tour and we enjoyed our lunch upstairs in the Harbour House; just a few tables away from where we all ate two years ago. Kind of a nice memory.
Posted by Greg 1 comment: 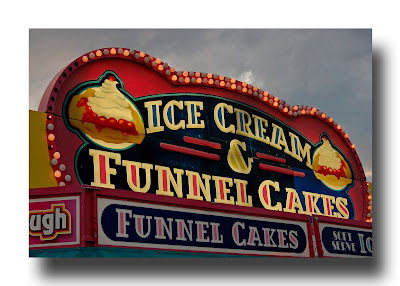 Email ThisBlogThis!Share to TwitterShare to FacebookShare to Pinterest
Labels: Something On A Sunday

In keeping with the spirit of the month, I thought we'd spend the next few weeks looking at a few signs that can be found in Liberty Square. Let's start with Ye Olde Christmas Shoppe. 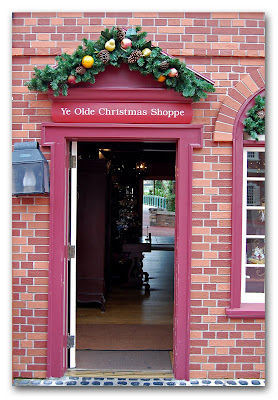 ... head over to the magic kingdom and take another backstage tour; possibly the backstage magic tour. in the spirit of the "this time next week", "this time last week" modes, i was on the keys to the kingdom tour. great tour! highly recommended!
Posted by Greg No comments: