Congratulations to Ryan over at the Main Street Gazette for correctly identifying last weeks "Where In The World" photograph. It is the view overhead as you pass through the last part of the queue at Soarin'. Just a few steps more and they will be collecting your FastPass.
Now, here is this weeks picture! 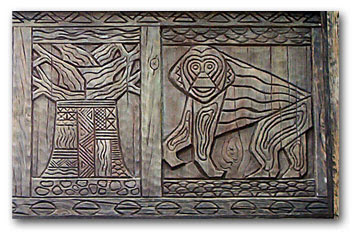 Hint: this is just a part of the whole.
Posted by Greg 2 comments:

Email ThisBlogThis!Share to TwitterShare to FacebookShare to Pinterest
Labels: Where In The World

We continue our Disney World After Dark with a quick stop in Norway.
The Norway pavilion joined World Showcase on May 6, 1988. Sponsored by a consortium of Norwegian corporations, the cobbled village square of the pavilion showcases architectural styles of towns like Bergen, Setesdal, and Oslo, including the Stave Church (which houses a gallery) and a castle (which houses a restaurant) modeled after Akershus, a 14th-century fortress in Oslo Harbor. The Norway also containes beautifully crafted rock and stone work, some of the finest ever fabricated by the Disney Imagineers.
from Since the World Began by Jeff Kurtti, pg. 106
Enjoy Norway after dark. 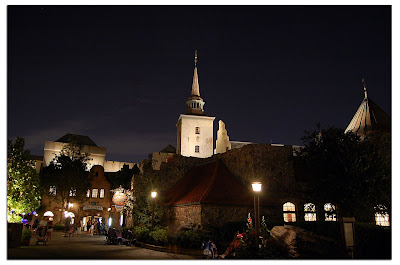 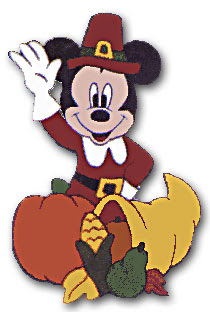 Happy Thanksgiving to all my fellow bloggers! I hope you and your families have a great day and a wonderful beginning to this holiday season.

Doc
Posted by Greg No comments:

Where In The World is a new photographic feature of The Disney Obsession. I know I am not the only person doing this or perhaps using the title Where In The World. If I am copying a title, I offer my apologies. But I must say that I do feel there are more than enough pictures to go around.

This week I am starting with a fairly easy photo. But be forewarned, in the weeks to come there will be more difficult subjects to guess, including some that have been altered with Photoshop or Corel.

A little back story here. Digitally altering Disney photographs is one way I use to get a little Disney into every room. Because, every room can use a little Disney. Remind me to post some photos of my office. Though my collection will pale in comparison to some, it is DHQ at this location.

So, here we go with the first installment of Where In The World. And as the Disney Geeks say, make a comment, take a guess, let me know you're out there. 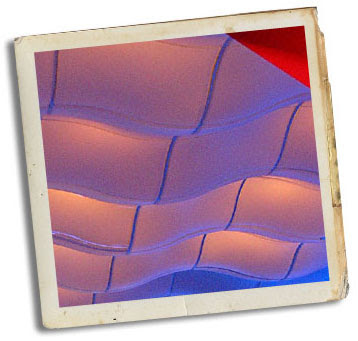 Email ThisBlogThis!Share to TwitterShare to FacebookShare to Pinterest
Labels: Back Story, Where In The World

Back from The World

Truth is, I have been back for a few weeks, but have been extremely busy at work. One has to pay (in more ways than one) for the quick 3 to 5 day trips to the World. I have not done so in the past, but I may try to compose a trip report in the near future. What I will share here is that I found myself wanting to take more photos of crates and picture spot signs. I may post a few as time goes on, though there are others who have a good deal more passion for these types of things and I best leave this to those experts.

What I do enjoy however is taking photos of the parks at night. As magical as Disney World is during the day, it becomes a whole other world when the sun goes down. That is when I pull the tripod out of the locker and try my hand at capturing this other world.
In the future, I shall call this post Disney World After Dark. But for now we'll start our nocturnal visit in the World Showcase with a stroll past Mexico. And one bit of advise, if you are so inclined, I find this stroll all the more enjoyable after picking up a Dos Equis from the fine people at the Cantina de San Angel. Enjoy! 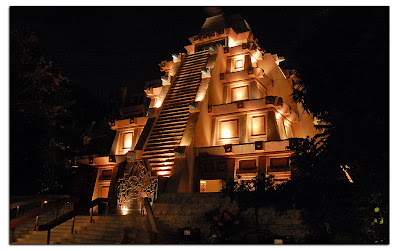